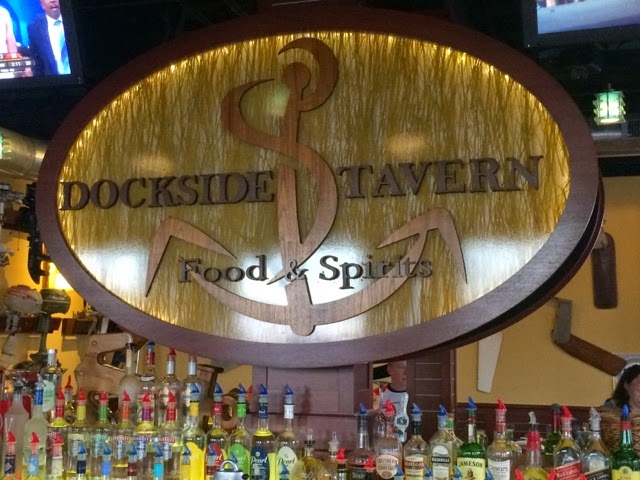 This past Friday, my Friday friends and I were in search of a place to get ourselves an old fashioned, a decent meal and most importantly—a place to watch the Badgers game. We wanted there to be a crowd, but not so full that it was a disaster. We settled on Dockside—as their website advertised having a new menu and $4 Captains on Fridays. Done deal.
Dockside is a contemporary restaurant on the river with adequate (and always packed) seating outside during the short Wisconsin patio-season. Inside, there is a very nice center bar and the walls have a fair amount of TVs, perfect for March Madness.
Just as I was taking a seat at the bar, another patron ordered the Dockside Old Fashioned, which comes with Jim Beam. I noticed, that my brandy old fashioned was made almost identically, but from a different bartender. I like that—consistency.
Both bartenders started by adding a cherry, half a standard orange slice and a packet of sugar to the glass. Several shakes of bitters was then added to the glass, followed by three crushes using a wooden muddler. The first bartender then added a splash of soda and swirled the concoction; however, my bartender then added two shots of an unidentifiable rail brandy. Interestingly, she then “cleaned off” the muddler by spraying a small amount of soda onto the stick, washing it off into my drink. After she added ice and soda, she mixed it all together using a drink shaker. Lastly, she topped off the cocktail with a spear of olives. 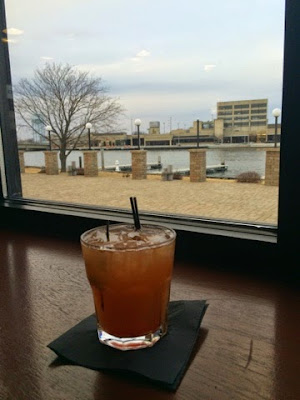 I love the froth on top of the old fashioned. It’s always a sign of a good cocktail, even when you can’t see it being made. Each sip of the drink had the aroma of bitters that I love so much. It wasn’t too sweet nor did it taste too much of alcohol. The price was a bit steep at $4.50, but definitely warranted as it was a perfectly crafted cocktail with double shots of brandy and that lovely froth.
While I won’t be back for a Badgers game (or any sports affair), I would definitely go back for their old fashioned.
Rating (out of 5 olives)

Old Fashioned aficionado and blogger ignoramus at oldfashionedwisconsin.com. In love with all things that make Wisconsin unique, especially when garnished with an olive.