From the progressive era of the early twentieth century into the late 1980s, Wisconsin had the reputation for clean, open government. That reputation was erased when big money politics came to the state; politicians of both major parties became obsessed with fundraising. The definition of  a “serious” candidate went from being “a person of integrity with great ideas who connects with people at the grassroots level” to “a willing tool of insiders who knows how to keep the special interest money flowing to the capitol.”

In the early 2000s the “caucus scandal” exposed how taxpayer money was being used not to make state government more responsive to the people, but to well-connected special interests and the politicians doing their bidding for them. Prominent pols of both parties were forced to resign and/or serve prison time. 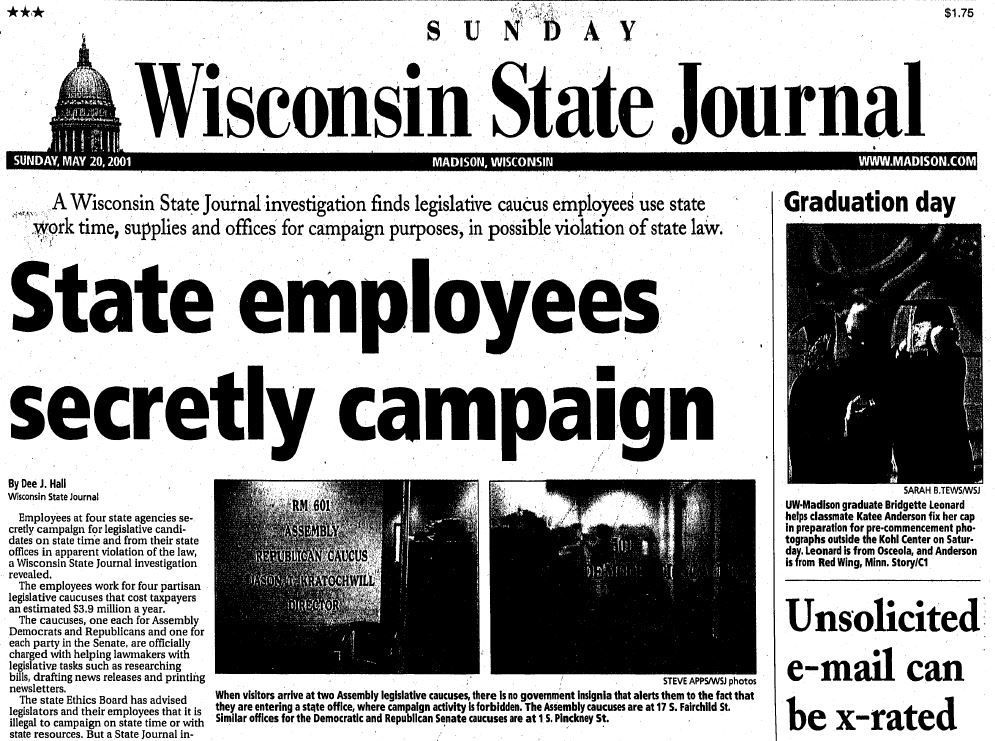 The caucus scandal demonstrated that state government lacked an effective ethics watchdog; the then existing Ethics and Elections Boards were compromised by political pressure and partisanship. Miraculously, bipartisan support existed for the creation of a nonpartisan ethics/elections watchdog, and so in 2008 emerged the Government Accountability Board (GAB). The GAB monitored the same areas as the old ethics and elections boards (campaign finance, elections, ethics, and lobbying), but its rulings were made by retired state judges who served staggered, six year terms. Because the GAB was thus run by people of integrity instead of partisan hacks, it was guaranteed to upset established powers in Madison.

Indeed, from almost the moment of its creation, the GAB was under attack–primarily by the Republicans–as being a “rogue” agency that did not follow the law. Such attacks intensified after the election of Scott Walker and the GAB was called on to investigate a range of campaign finance and ethics violations. Rather than cower before and/or enable party leaders, as had been the mode of operation of the old ethics/elections boards, the GAB did its job. Ohio State Law Professor Daniel Tokaji in 2013 called the GAB “America’s Top Model.” He wrote:

Takaji then warned:  “In our age of hyperpolarized politics—of which Wisconsin has lately been a leading example—it is an open question whether such a nonpartisan institution can function effectively.” The GAB functioned so effectively that the Republican Party almost literally declared war on the agency. In a party line vote in 2015, the Republicans voted to end the GAB and return ethics and election regulation to partisan control. As noted at the time of the vote by Democratic representative Terese Berceau:

“The GAB is being abolished because it followed the law.  State law required the GAB to certify the recall elections of the governor and legislators because over 900,000 citizens in our state, from red and blue districts alike, signed verifiable petitions.  The governor and legislative Republicans didn’t like that.  The GAB again abided by the law when it investigated and found credible evidence of collusion between the governor’s campaign and special interest groups.  This also angered the GOP, which promptly changed the law to legalize this type of co-ordination.” 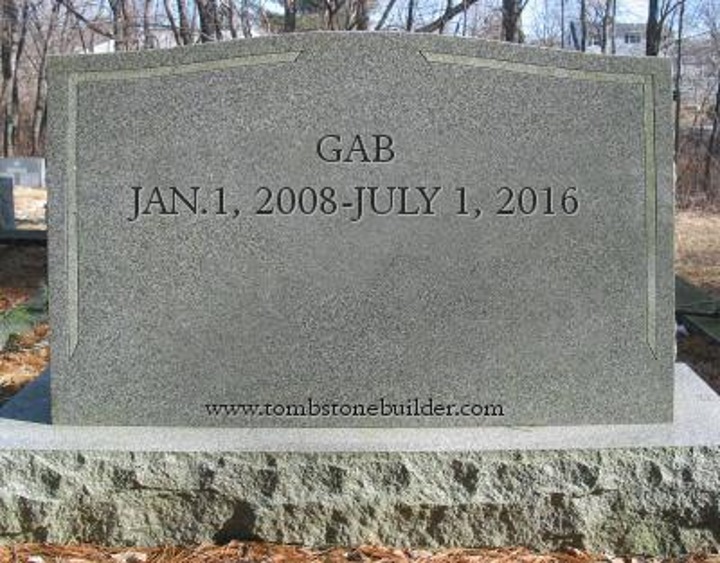 The elimination of the GAB represented the kind of crass, hardball politics that makes people cynical about politicians and politics in general. You would think that GOP operatives would be happy with the fact that they succeeded in dismantling a nationally recognized regulatory agency (the GAB) and were able to go back, essentially, to the old days of ethics and elections commissions easily subject to partisan manipulation. Instead, there appears to be an effort underway to continue impugning the defunct GAB–as if continuing to take cheap shots at the agency will somehow nullify the good work it did and justify the outrageous dismantling of it.

Attacks on the GAB last week reached their high (or low) point in Attorney General Brad Schimel’s recently released “Report of the Attorney General Concerning Violations of the John Doe Secrecy Orders.”  One of the reasons why the GOP wanted to demolish the GAB was because of the agency’s role in the John Doe investigations of potential illegal campaign activities involving Governor Scott Walker. After the hyperpartisan Wisconsin Supreme Court ended the John Doe probe in 2015 (in a decision featuring the unwillingness of two Republican Supreme Court justices to recuse themselves even though they had received millions in campaign contributions from interests that were being investigated), the special prosecutor was considering an appeal to the United States Supreme Court. While the appeal was pending, thousands of John Doe documents were leaked to the Guardian.

The leaked documents revealed disturbing pay-to-play schemes at work in Wisconsin. The Guardian characterized them this way: “Leaked court documents from John Doe investigation in Wisconsin lay bare pervasive influence of corporate cash on modern US elections.” What was the Wisconsin Assembly’s response? Instead of urging Attorney General Schimel to further investigate troubling campaign activities described in the documents, they authorized him only to investigate the leaks! Leaking documents in violation of a court order is certainly an illegal act and should be investigated. But to ignore the content of the leaks gives tacit approval to the behavior revealed and, in this particular case, leaves citizens with the ability to conclude nothing other than that the legislature must be okay with pay-to-play and/or sweeping it under the rug. 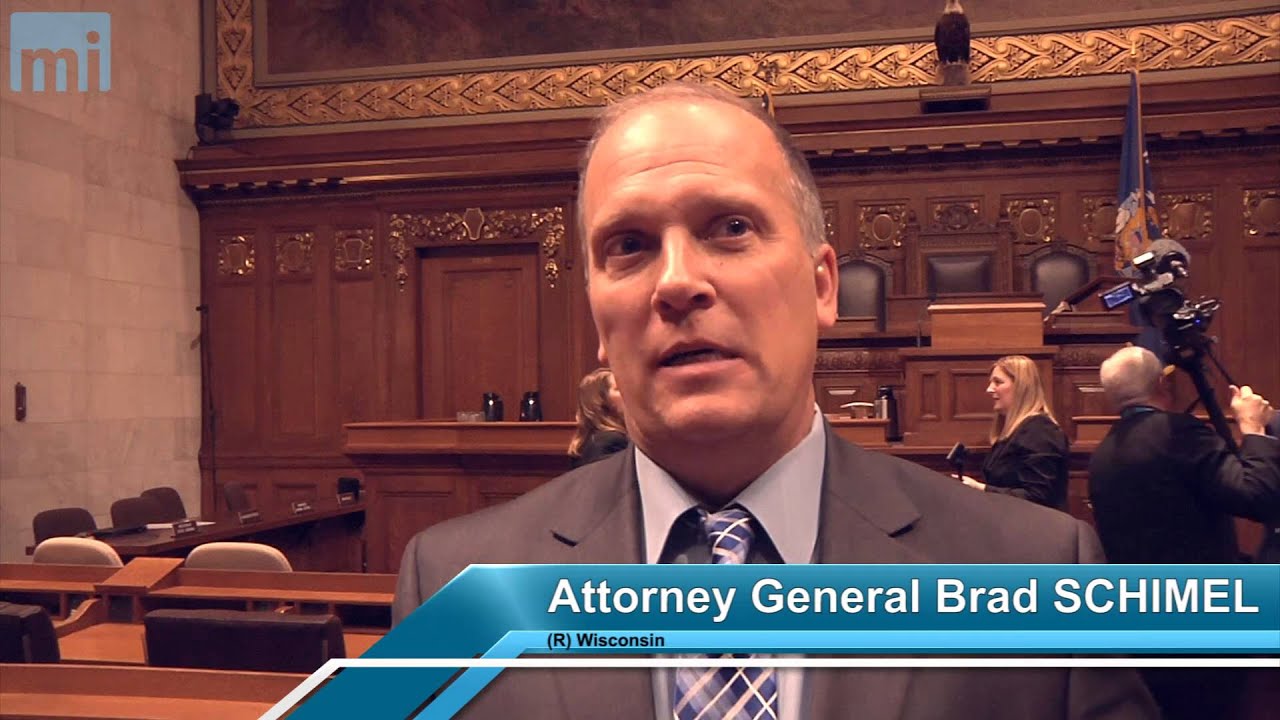 Attorney General Schimel’s report on the leaks is fascinating in that it is framed according to the narrative long told by the assembly Republicans: the Government Accountability Board was a rogue agency, filled with attorneys who did not understand campaign finance law, and hostile to the governor. Schimel goes as far as to say, “Indeed, it is to the Legislature’s credit that it disbanded GAB following this sordid tale.” Notice that from the Attorney General’s perspective the “sordid tale” is NOT that the leaked documents revealed an almost complete corporate takeover of Wisconsin’s government, but that a regulatory agency aggressively tried to determine how and why the takeover happened. The AG’s report is so ultra partisan and sloppy that it’s received bipartisan criticism from the current ethics and elections boards.

Jay Heck, Executive Director of Common Cause in Wisconsin, was instrumental in helping the legislature create the Government Accountability Board. Here’s what he wrote on Facebook about the Schimel Report:

“The most hyper-partisan state Attorney General in my 22 years with CC/WI, Brad Schimel, last week issued an error-laden, inaccurate, one-sided attack ‘report’ on the now-dissolved, non-partisan Wisconsin Government Accountability Board, ostensibly to find out who ‘leaked’ documents to the Guardian newspaper about Scott Walker’s illegal campaign coordination with Wisconsin Club for Growth during the 2011-12 recall elections. Oh, and he couldn’t find the ‘leaker’ but said he hopes ‘contempt’ proceedings may turn one up. Nothing in the report about the leaks to the Wall Street Journal and National Review by Club for Growth and/or others about the secret John Doe investigation. What a disgraceful waste of taxpayer dollars and time. Citizens should be outraged by Schimel’s and other partisan Republican attacks and the ongoing assault on what was once honest, clean state government in Wisconsin.”

To be clear: the GAB was eliminated not because it failed to uphold its mission, but because it upheld it too well. During the brief existence of the GAB, the major parties were on notice that the ethics watchdog would not look the other way while efforts were underway to sell state government to the highest bidder. That our Attorney General chose to join the hyperpartisans in continuing to kick the GAB even after its dissolution is really a travesty, especially given the fact that pay-to-play politics in our state shows no sign of disappearing anytime soon. If anything, the AG should be calling for the return of the GAB or at least something close to it.

Tony Palmeri is a Professor of Communication Studies at UW Oshkosh. He teaches courses in rhetoric and public advocacy, freedom of speech, the rhetoric of rock and roll, and the communication career capstone. He maintains a blog called "Tony Palmeri's Media Rants." Tony served two terms on the Oshkosh Common Council and ran for state legislature in 1996 and 2004. You can find more information about him at www.tonypalmeri.com